If urination is not complete, so you must soon go again, es­pecially in the night, it is suggestive of pressure on the urethra from an enlarged prostate gland. Keeping a little urine from being voided is conducive to bladder and kidney infection, too, because bacteria soon find this "free food."

The prostate collects toxins as if it were a designated dump site, especially for nickel. Urinary tract bacteria quickly find "their" metal, nickel. Any supply of nickel will attract bacteria as quickly as crumbs and cheese attract mice. Urinary tract bacteria are making use of your urea as their food. To digest it, they first break the urea molecule apart into two ammonia molecules. It is the ammonia smell of the urine that gives away their presence. The urine should have no ammonia smell. Our bodies do not make ammonia. Only bacteria can do this! Their digestive enzyme is called urease. In order to do its job, this enzyme requires the element nickel.

Nickel is plentiful in the soil which is undoubtedly where these bacteria belong, breaking up and utilizing the urine and droppings left there by animals. They perform an essential task in our environment, destroying animal excrement and thereby cleaning-up the soil around us. What folly it is to load ourselves up with nickel so that in one short hop from the earth they are residing in us! Bacteria are all around us doing their valuable jobs. We cannot stop associating with bacteria. We were not meant to feed them, however. If we did not supply them with nickel, as if we were just another patch of earth, they could not gain a foothold in our urinary tract and then to the prostate.

How can we rid our bodies of nickel? This is the challenge. Are we eating dirt? A small amount of dirt can't be avoided on our food. But we can stop sucking on nickel as if it were a lolli­pop. Our spoons, forks and knives are made of nickel! Stainless steel is 8% nickel! Does it really come off as you eat? When you stick a knife into the mayonnaise jar, it is stained in a few minutes. Try it. The mayonnaise has reacted with the metal loosening the nickel. When you smear the knife over your bread, this film comes off and you eat it. If you were to put the knife in your mouth, now, you could taste the metal. You will later wash the knife but not before you have eaten enough nickel to supply all the bacteria in your body with the daily allowance of their essential element, nickel. Nickel is not our essential mineral. Even plants keep their nickel levels very low. But due to pollution of animal feed with it, even a hen's egg now has 3 mcg/100 gm of nickel in it.  To produce a nickel-polluted egg, the chicken must be polluted.

Especially infants and children should never be given metal cups or cutlery. They need all their immune power to combat the barrage of new bacteria and viruses that is emerging in this age of AIDS. Nickel is part of dirt and belongs there, not in our pots and cutlery.

Another large source of nickel is metal dentalware. It is used to harden gold! If you suffer from prostate problems, remove metal from your dentalware. Nickel is used to make bridges, gold crowns, retainers, amalgams. Exchange it all for plastic ware and composite buildups (see Sources for more dental information). Stop eating and cooking with metal utensils; use old fashioned wooden or sturdy plastic cutlery instead. Always use a plastic knife for butter or mayonnaise. Never buy foil-wrapped butter.

Nickel is fat soluble and is stored in your skin fat temporarily when a surge of it enters the body. Your skin oils may be loaded with nickel causing "allergies" in the skin. Male pattern baldness is such an allergy. The sweat tries to excrete it for you. Always wash off your scalp sweat to help with this excretion. The skin oils dissolve nickel from metal jewelry (sometimes leaving your skin with a greenish black color) and transport it into your body. Don't wear metal jewelry. Earring posts should be plastic. Metal watches and metal rimmed glasses should be replaced with all plastic types. Metal rings should be replaced. After lowering your total body nickel levels and your prostate disease is only a memory, you might notice scalp hair returning to sparse areas. Search around the edge of the hair line for the first returnees.

Bacteria cannot live in the prostate without nickel being pre­sent. You can cure your prostate problems with the simple tactic. Food Values by Pennington and Church, 1985

of stopping nickel pollution of your body. Notice that you get a fresh attack after accidentally using metal cutlery in a restaurant or eating mayonnaise-style salad with a metal spoon stuck in it. It might be wise to take a histidine capsule (about 500 mg., one a day for three weeks, see Sources) when this happens. Histidine is a nickel chelator. Taking zinc is helpful too (60 mg. two times a day for a month). Possibly, the nickel was poisoning zinc enzymes. Read about the benefits of flaxseed, too, but remember to test every product for pollutants before accepting it as a supplement.

Prostate problems of all kinds clear up when bacteria are zapped, the Kidney Cleanse is done, dental cleanup is done, and the Bowel Program is followed.

Richard Traylor, age 71, had suffered from prostate and urinary tract disease for three years. Scar tissue had to be removed occasion­ally from prior treatments of them. He was started on the kidney herbs and in two weeks (13 days) he had a considerable im­provement in urine flow. At his follow-up visit we searched for toxins. He had radon, chromate, yttrium and strontium in his genital and urinary tract. He got rid of his water softener (such salts are polluted with chromate), toothpaste (strontium source) and opened the crawl space vents (source of radon). This cured these problems in less than two months. It also cured his stomach ulcers for which he had to take medicine. He was so pleased he decided to install a crawl space fan and pursue a parasite program and dental health just to see what extra health improvements he might get.

Omer Whitney, age 45, had always been a strong, healthy, hard worker. He could now barely walk, due to weakness and pains of several kinds; his prostate problems began several years ago. Our tests showed 4 kinds of kidney stones. He was started on only half a dose of the herbal recipe to give them a chance to dissolve more slowly. One month later he still had some stones although his leg cramps were already gone. At this time we found Ascaris (both kinds) which he killed with a NEORife. We also found carbon tetrachloride and pentane (in decaf beverages) built up in him; also gasoline and TCE. He was considera­bly improved five weeks later and was quite eager to improve further. A toxic element test showed he was full of copper, anti­mony (from mineral ice massages), cobalt (aftershave), zirconium (deodorant), thulium (vitamin C fortified orange drink) and mercury (very high, from tooth fillings). He planned on cleaning all of it out of his body and regaining his lost strength.

Harvey Van Til, age 35, came in for his prostate and testicle swelling which began shortly after a vasectomy. He ached over the front right side of his abdomen. He was started on the kidney herbs and in four weeks he had eliminated his oxalate crystals and felt considerably better. We next found the adult intestinal flukes and human liver flukes in his prostate gland! After killing them immedi­ately with a NEORife and getting instant relief of pain, he got his own device and did not need to return.

Clayton Gamino, 26, had pain during urination which he interpreted as a left-over from a prostate infection he once had. He got all the metal out of his mouth, and did a kidney cleanse. A half year later he had no remaining pains and was able to father his first child. 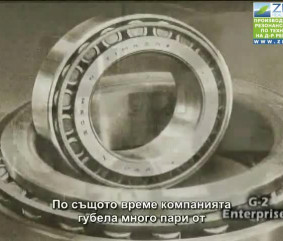