A prominent food toxin that is said to affect knees is piper­ine, found in the pepper family which includes black and white pepper (not cayenne). The Solanaceae family of plants (potatoes, tomatoes, eggplant, tobacco!) also has a common "allergen" that produces joint pain. Try going off these for two weeks to see if it helps. Two more chemicals that can trigger arthritis-like pain are hippuric acid and phenylisothiocyanate (PIT).

Your body makes large amounts of hippuric acid, up to a gram a day. It is the product of benzoic acid detoxification by the liver. Quite a few fruits contain natural benzoic acid. But we can easily triple and quadruple our benzoic acid intake by consuming commercial beverages and pastries where benzoic acid is used as a preservative. It is indeed a "natural" preservative. All of it must be detoxified, though, and this gives us way too much hippuric acid. The kidneys are unable to excrete such overloads of hippuric acid, so it distributes itself in our organs. I suspect a simple mechanism could explain its pain-triggering action: hippuric acid molecules could attach themselves to our cell's conductance channels keeping the gates jammed open. This might invite bacteria and viruses to enter there. But there are also hippuric acid-loving bacteria that feed on it. Perhaps hippuric acid can cause pain without the help of bacteria. This requires further study. It is only sensible for persons with chronic pain not to consume benzoic acid (or benzoate) preserved foods.

PIT is a food chemical found especially in chicken, eggs, the cabbage family, peas. PIT is also part of the body's own chem­istry, taking place in the liver, and involving detoxification of cyanide-containing foods. Many vegetables, notably the cabbage family, contain such cyanides, giving them protection from insects, disease, and grazing animals. It can take the liver a week to detoxify a meal full of these cyanides: in the meantime, PIT levels are higher in the body. PIT is very reactive. In fact, it is the chemical used as a general reactant with amino acids in the well known Edman degradation reaction. But now, your body is the reaction flask, supplying the amino acids. Since all organs supply amino acids, it is no wonder they can all react to PIT, giving you multiple allergic reactions and pains.

If you have any kind of arthritis, stop eating the high-PIT foods and clean the liver until you are free of all allergies you are aware of. This suggests that the liver is capable, again, of detoxifying the cyanides for you in a reasonable time and you may eat them again. These foods do have many benefits, of course.

Joint pain, or arthritis, was known in antiquity long before dogs and cats were household pets and giving us their parasites. Pigs and horses harbor these roundworms too and may have been the source at that time.

Herbs and treatments that help arthritis are, therefore, plenti­ful. Maybe they act by killing roundworms, bacteria, and viruses, or help metabolize hippuric acid and PIT. Homeopathic treatments, as well as massage, heat and electronic devices also help. With this wide range of effective treatments dating to the distant past, why is none of them a permanent cure? The answer is simple. The common roundworms are everywhere about us, sanitation is poor, and our civilized lifestyle leads to deposit formation that invites bacteria. But knowing this, you can stop your pain and remove the causes to become one of the first hu­mans to achieve a permanent cure.

Verna Plumb, age 46, was diagnosed with rheumatoid arthritis four years earlier. Since then she had been continuously on methotrexateTM and prednisone.TM This had caused her to gain a lot of weight from water retention. The drugs were no longer effective she would need to do something else very soon. She had the typical causes: her body was toxic with mercury and nickel from tooth fillings. Her kidneys were full of five kinds of stones. She had numerous roundworm parasites including two kinds of Ascaris, two kinds of hookworm, Strongyloides and Tri­chinella. She would have to clean everything up to get relief. She started on the kidney herbs, killed parasites with a NEORife and in two months noticed her swelling was receding.

Camille Franklin had hands that were swollen and hot and painful. She also had "arthritis" in shoulders and knees. We explained that shoulders were not part of the arthritis picture. She could deal with that in a single evening, soon. She also had bone spurs at sinuses which needed surgical removal. Her kidneys revealed tricalcium phosphate crystals. She was given a diet change; onto milk, fruits and vegetables, off other beverages, less meat and grains. She was started on kidney herbs. In five weeks all the swelling and redness and heat was out of her finger joints. 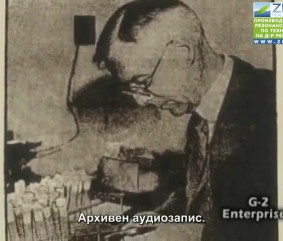