Fasciolopsis buskii is the fluke (flatworm) that I find in every case of cancer, HIV infection, Alzheimer's, Crohn's dis­ease, Kaposi's, endometriosis, and in many people without these diseases. Its life cycle involves six different stages:

6 Adult Lives in your intestine and can pro­duce 1000 eggs per bowel movement and live many years.

Note that the adult is the only stage that "normally" lives in the human (and then only in the intestine). Fasciolopsis depends on a snail, called a secondary host, for part of its life cycle. But when your body has solvents in it, the other five stages can develop in you!

This is a new kind of parasitism, based on pollution. I call the diseases caused by fluke stages in inappropriate locations Fluke Disease; it is discussed in more detail later.

Are tapeworms and roundworms affected by solvents this way, too? This is a fascinating and very important question. 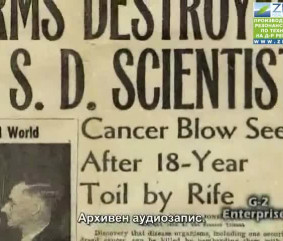