Since breathing is regulated by acid levels in the blood and this is influenced by air quality, air toxins should be searched for first. Cigarette smoke is an air toxin. Vanadium from a gas leak is a very serious air toxin and can go unnoticed. Do your own checking since gas companies give wrong answers four out of five times. Ask a home construction company to check for gas leaks or the Health Department. PVC from new carpeting may be polluting the air. Arsenic from "treated" carpets and drapes and furniture also pollutes. Asbestos from clothes and hair dryers may be the toxin responsible. Perhaps even fiberglass, formaldehyde, or freon.

Adults with sleep apnea show swollen throat tissues: not necessarily pain. This makes the air passage smaller; long gasps of air are taken to try to make up for the missed oxygen and the carbon dioxide build up.

Swelling of the throat is a common allergic reaction. The possibility of allergy should get second consideration after air quality. Drug reactions, even in a nursing baby, where only the mother is using a medicine could be the problem. Allergy to food, chemicals has been suggested, as well as a simple lack of vitamin C (implicating mold and medicine which consume vi­tamin C in the detoxification process).

A third possibility is infection. Many bacteria and viruses can cause throat swelling. Redness of the throat is a telltale sign. It doesn't necessarily hurt. Kill all invaders with a NEOClark and try to understand the basis of low immunity in the throat.

Keeping metal in the mouth constantly, is a cause of low throat immunity since it must drain past the throat.

If you snore, you can deduce that your throat is swollen, even if you don't have sleep apnea. Pursue all three possible causes (air toxin, allergy, infection).

Overweight and obesity have been emphasized as causes. This may apply to some cases but certainly not to babies. Whatever you do, don't do nothing. Keep removing bad things until you find the cause of irregular breathing.

Chester Fannon, 5Oish, was quite overweight and wore a mask at night with an air blower to assist his breathing. He had been referred to a sleep center for sleep apnea. He had extreme dryness of his throat at night and some hearing loss in one ear. He was toxic with arsenic (roach killer), bismuth (cologne), tin (toothpaste), and thallium (polluted dentalware). He was infested with both species of Ascaris and had a hacky cough. He had four solvents accumulated in his tissues. He was growing nine pathogens: Mycoplasma, Haemophilus inf., Streptococcus pneu, A-strep, Nocardia, Staphylococcus aureus, Bacillus cereus and Flu virus, over half of them in his throat. These were killed with a NEORife and a general cleanup was done. After two teeth were pulled he no longer needed his mask, he no longer had apnea.

Peter Day, middle age, was set for throat surgery in a few days. He had a couple of scary nights when he thought he was dying and couldn't risk many more nights with his obstructed airways. He was overweight. His throat was red and swollen, although he felt nothing. He never even had colds. His diet was completely changed, to things he rarely ate (bananas, milk, soup, oatmeal) and off things he ate daily (hamburgers, fries, tea, pancakes with genuine maple syrup). In two days, his throat was quite clear, the tissues having become unswollen. Maybe it was the molds in the maple syrup, maybe it was the oxalic acid in the tea, or something else he could not detoxify in these foods. He was certainly happy not to live the rest of his life with an artificial voice box. 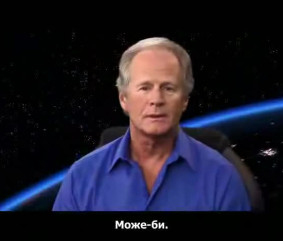