In muscular dystrophy the solvents, xylene and toluene are seen to accumulate in muscles. These also accumulate in brain and nervous tissue! (See Alzheimer's page 269 and multiple sclerosis). Could it be that these solvents are actually present in the nerves of the muscles?

Fortunately these solvents will leave your body, by them­selves, in five days after you stop consuming them! Stop drinking all store bought beverages, including water and powders that you mix, and including health food varieties. Water claims and health food powder claims sound as convincing and strong as a twelve inch plank to walk on. But if the plank leads out over the side of a ship, would you walk it?

Throw all your possible sources of solvents out. Flavored foods are the chief offenders (cold cereals, sweets and candy too). But of course, you should check in your basement or at­tached garage for cleaning solvents. Places where painting is done or automobiles are worked on should be off limits to you.

If you've been wondering whether you have muscular dys­trophy, which I consider to be a fluke disease, search your mus­cles electronically. Use prepared slides of flukes along with a sample of hamburger meat to represent your muscles. If flukes have already taken up residence in them, you should diagnose yourself as "Positive". If not, but other parasites and toxins are

present, you have pre-muscular dystrophy. Also, the likelihood of finding thallium is quite high, judging by the case histories.

Mel Rickling, age 18, had been seeing a specialist for bouts of mus­cular weakness for several years, but no diagnosis was given. His condition was not yet severe enough although it was difficult for him to raise an empty glass or get upstairs. It began at puberty, not too long after his first mercury tooth filling. He had asthma in childhood. The flukes attacking his muscles were liver fluke, in­testinal fluke, and pancreatic fluke. Other parasites in his muscles were Leishmanias, several dog tapeworm cysts, and pinworm.

He also had assorted bacteria in his muscles. The solvents propyl alcohol, benzene, toluene, and xylene were accumulated there too. Ortho-phospho-tyrosine (cancer test) was already positive. His doctors had not searched for cancer in their biopsies. His drinking water contained lead and since he had lived in one house since birth he was probably drinking lead every day of his life. He also had high levels of mercury and some thallium accumulated in his muscles; these came from the tooth fillings in his mouth and could explain why his problems began after his first filling was put in.

His flukes and other large parasites were killed immediately with a NEORife. He was started on the herbal parasite pro­gram to prevent reinfection. His diet and body products were changed to exclude solvent pollution. He could have no commer­cially prepared beverages except milk which needed to be boiled to kill bacteria. In twelve days his daily stomach pains were gone, so he was able to eat more and gain some much needed weight. The rash on his face was gone, the pain at his right side was gone, his muscle twitches were gone, his joints no longer ached and his mood was much better. The whole family was put on the parasite program and Mel was scheduled for dental cleanup. The plumbing repairs removed lead from the water and he was soon able to walk upstairs, in fact run upstairs.

A young man, seeing himself regain normalcy, wants nothing more than to lead a normal life" which includes reckless behavior. But after several warnings from his muscles he stuck to his re­strictions and gained the weight he wanted in order to participate in athletics. 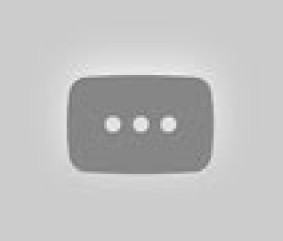