Oxygen gets to the brain on a carrier system of tiny rafts called red blood cells. They were meant to be an exact shape and size to fit the most oxygen molecules onto them.

Each red blood cell is shaped like a doughnut without the hole. This fits a lot more oxygen, O2, than round balls would. Yet, if there isn't enough vitamin B12, the dimple isn't put into them to make them doughnut shaped. This reduces the body's oxygen supply and the disorder is called "pernicious" anemia. The changed shape of the red blood cells is reflected in a bigger volume called mean cell volume (MCV). The correct volume for red blood cells is about 90 cubic microns. Many elderly persons have a MCV over 100!

I have seen pernicious anemia to be associated with Ascaris infestation. Kill Ascaris on a NEORife (408 KHz) or zap. The source of Ascaris is usually a pet, owned in the past. Once infected, the tiny worms do not leave your body on their own. The infestation may date back to childhood. What a relief for the bone marrow whose job it is to make red blood cells to have enough vitamin B12 again! What does Ascaris do with your B12? B12 is a beautiful rose colored vitamin. Some worms are actually pink from absorbing your B12! Giving B12 shots is the current clinical treatment for B12 deficiency. Killing Ascaris twice a week by zapping and taking B12 lozenges (see Sources) is a better solution. (If your loved one is getting shots, make sure that no isopropyl alcohol is used on the skin beforehand. Provide vodka yourself in a small pocket flask or 70% grain alcohol for this purpose. Unfortunately, the shot itself may contain traces of this harmful solvent-take a sample home for testing.)

Most regular anemias, including low iron levels, are associ­ated with hookworm infestations.

Kill all Ancylostomas along with Ascaris twice a week. It is not wise to take iron pills, even if they do raise hemoglobin lev­els, except in life-threatening situations. Remove the tiny crea­tures that cause microscopic bleeding instead. Iron in the form of pills is too easily snatched up by bacteria who also need it, making them more virulent to the body. Use grain alcohol rinse in the bathroom to kill Ascaris and hookworm eggs under fin­gernails. Don't have pets in the house or keep them on daily parasite killing herbs.

It takes nutritious food to build the blood back up to its normal hemoglobin level. Eggs and meats (all very well cooked) are the richest sources of iron and other minerals used in blood building. B6 and other vitamins are also involved and can be given as a B-complex (see Sources). Do not use black strap molasses as an iron source, or any molasses, since it contains toxic molds. (The molds could be detoxified with vitamin C the same way as honey. However, I have not tested enough molasses for solvents and you cannot risk these.) In the past, when the nutrient properties of molasses were discovered, the molasses manufacturing was a small, carefully conducted business. Now it has molds which cause platelet destruction, (purpuric spots) internal bleeding, and immune failure. 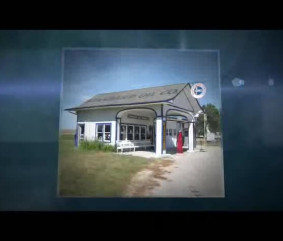