Much more mold toxin was seen in schizophrenic families than in other kinds of illness. They usually had four or more kinds of mold toxins at the same time, meaning that one toxin was not detoxified before the next was already eaten. It may reflect on the liver as much as the food selected. The initial injury, though, to the liver may have occurred in early childhood.

Schizophrenia does not require mercury or other dental metal pollution for its expression. This pattern is logical when it is seen that young children can have schizophrenia. Schizophrenia is an ancient illness, being described in some very old literature, before dentistry existed. But parasites existed. And moldy food existed. And copper existed!

Ergot is always seen in sick persons. Other mycotoxins are also present, including sterigmatocystin, cytochalasin B, and aflatoxin. As the mycotoxin panorama changes, brain symptoms can change from compulsive hand washing to paranoia or from hearing voices to meanness in disposition.

U.S. society can be attributed to the especially high levels of mold consumption in foods and beverages, with the resultant effect that behavior erupts into violence with almost no provo­cation, merely some frustration. It would not be difficult or ex­pensive to experiment with a mold-free diet in our prisons.

A bacterium, Mycobacterium phlei, may also be a cause be­cause I have seen a high correlation between it and schizophre­nia cases. What its specific effects are, I don't yet know. This bacterium may be hiding under teeth. It is also seen in dogs.

Shigella bacteria from nonsterile dairy foods are part of the problem, too. They produce brain and nerve toxins resulting in irritability, depression, anger. In fact, anger can be so intense, it erupts in violence.

Lead and copper are commonly seen in schizophrenia suf­ferers. The usual source for these is the household water (household plumbing may have lead solder joints). Change plumbing to PVC, then take thioctic acid (100 mg, twice a day).

Parasites always found in schizophrenia are hookworms (4 Ancylostoma varieties) in the brain.

The need to zap repeatedly arises from reinfection. Nothing needs to be killed twice. But reinfection from self, family mem­bers, pets and food happens every hour. One cannot rely on zapping to stay well. Do a thorough diagnostic search of all foods eaten at the last meal, the water drunk, the air breathed. Only when all these are clean, will the brain heal.

Healing of the brain is very rapid; in less than one week feelings and behavior are more normal. Perhaps there are herbs that hasten healing; considering how old the illness is, there must surely be several useful herbs. But considering that herbs, too, can be moldy, be very careful to search for molds electronically before using any herbs. Blue vervain, sage, and ginseng are herbs worth trying.

A question may have popped into your mind as well as mine. If the whole family is eating moldy food, why aren't they all schizophrenic? In fact, family members usually do suffer from some symptoms that are similar to the victim. But every person's collection of parasites and pollutants is unique. Certainly, the whole family should obey the moldy food rules, in order to function better. 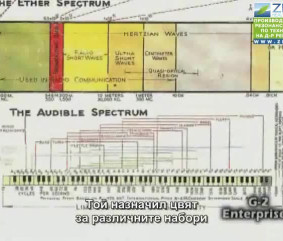